AstroFest had convened in London annually since 1992, organized by Astronomy Now magazine. The venue has been the Kensington Conference and Events Centre, but in 2021 a global pandemic raged. So they turned European AstroFest into Worldwide AstroFest, making cyberspace its venue. The first event, on February 18th, was Destination Mars.

Destination Mars
Not on the stage of the Great Hall of the Kensington center, but in our living rooms, Stuart Clark and Lucie Green would host the event. Let the zoom commence!

The opening screen carried a tribute to a former chairman of AstroFest who, sadly, passed away last summer: “Worldwide AstroFest 2021 is dedicated to the memory of our friend and colleague Iain Nicolson.”

The date for this event had been carefully chosen – NASA's Perseverance was to land on Mars that night – or in California terms, that afternoon. Although three of the evening's speakers had links with NASA, Perseverance wasn't the only game in town. In 2020, three Mars missions had been launched. The first to arrive – sent by a newcomer to deep space – had made it to Mars nine days earlier.

Hope
Omran Sharaf, Project Director of the Emirates (UAE) team, was very excited that their probe Hope had arrived safely to Mars. He also admitted to shredded nerves while it was being inserted into orbit. They were looking forward to getting the instruments calibrated to start studying the Martian atmosphere. Sharaf not only had hope for the science, but also hope to inspire young people's interest in science, and hope for the technology to boost his country's economy.

Geologists and Jezero Crater
Perseverance's landing place is Jezero Crater, chosen as an area that could possibly have been habitable. Michelle Minitti is a geologist and engineer who has worked with the Mars Science Laboratory (MSL). She works with some of the engineering and operations teams for the Curiosity rover.

Dr Minitti will also be a part of the investigations for two of the Perseverance instruments. She explained that they would be looking at the kind of rocks that might hold organics, searching for biosignatures, and studying structures and organics in their context. A piece of Martian meteorite will be used to provide a fixed standard for calibration of Perseverance's instruments.

Geologist Sanjeev Gupta is a professor at Imperial College, London. He has been a co-investigator on Curiosity's Mastcam camera team and is a Co-Investigator for Perseverance's Pancam camera. He's excited by the idea that on Mars we might also learn about Earth's geology. Although plate tectonics has destroyed Earth's ancient rocks, ancient Martian rocks remain.

Professor Gupta explained that although climate modellers can't find a model for an extremely wet ancient Mars, geologists are pretty sure it happened. They're hoping to develop a chronology from Martian rocks.

Sample return
Dr Minitti and Professor Gupta discussed the plans for preparing caches of samples to be collected in a future sample return mission. Professor Lucy Berthoud went into more detail about what's involved in such a mission. She has worked with NASA and ESA (European Space Agency), but currently does two complementary jobs. At the University of Bristol, she's a professor in aerospace engineering, but she also works for Thales Alenia Space, a company that designs and builds satellite systems.

It's a giant leap to get samples from Mars to Earth where advanced laboratories can study them. In addition to the logistics of recovering them and getting home with them, there are other aspects. The samples need to be protected from contamination, but Earth also needs to be protected from possible contamination from the samples. Berthoud showed how the samples might be studied by isolated remote manipulation.

”Seven minutes of terror”
Curiosity had landed safely, and probably Perseverance would too. Yet there is tension at the Jet Propulsion Lab (JPL) as the time comes. Seven minutes of wondering if your rover will land safely and in the right place can seem a long time.

Lucy Berthoud's presentation was interrupted as Stephen Clark of Spaceflight Now patched AstroFest over to JPL, so that we could watch along with mission control. We could see the people at work there and there was a screen that showed an animation of the landing as it proceeded. The animation is generated from the data that's being sent from the probe. Cheers and fist bumps in mission control when Perseverance was safely down – probably echoed by space exploration enthusiasts around the world.

Note: I was given a link to this presentation as a guest. My thanks to Steven Young and Astronomy Now. 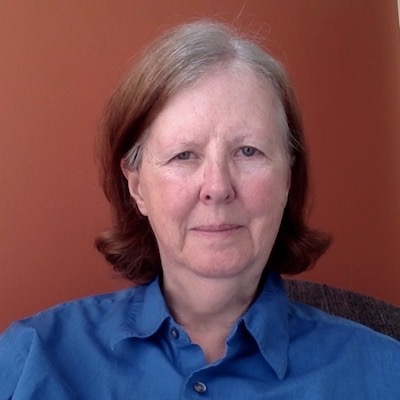 Like astronomy? Join us at the Astronomy Forum to discuss it with like-minded people. All welcome.

AstroFest 2021 – An Evening with the Stars

How Many Stars in the Dipper ?